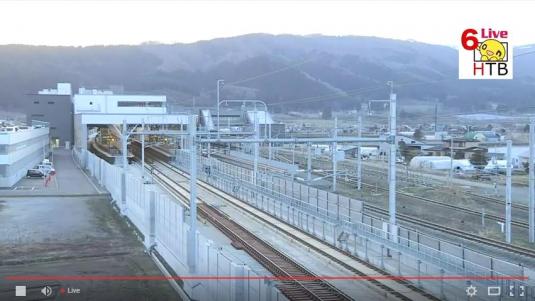 Oshima-Ōno Station (渡島大野駅 Oshima-Ōno-eki) is a railway station on the Hakodate Main Line in Hokuto, Hokkaido, Japan, operated by Hokkaido Railway Company (JR Hokkaido). The station has been rebuilt for the Hokkaido Shinkansen and has been renamed Shin-Hakodate-Hokuto Station (新函館北斗駅).