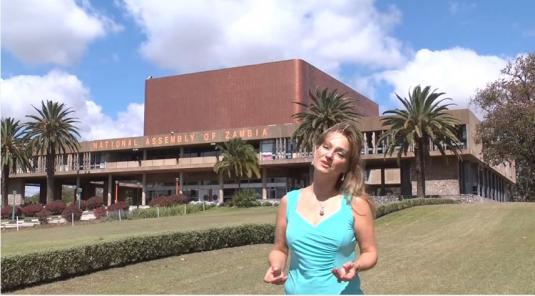 Lusaka is the capital and largest city of Zambia. One of the fastest-developing cities in southern Africa, Lusaka is in the southern part of the central plateau at an elevation of about 1,279 metres (4,196 ft)

Zambia officially the Republic of Zambia, is a landlocked country in Southern Africa, neighbouring the Democratic Republic of the Congo to the north, Tanzania to the north-east, Malawi to the east, Mozambique, Zimbabwe, Botswana and Namibia to the south, and Angola to the west. The capital city is Lusaka, in the south-central part of Zambia.