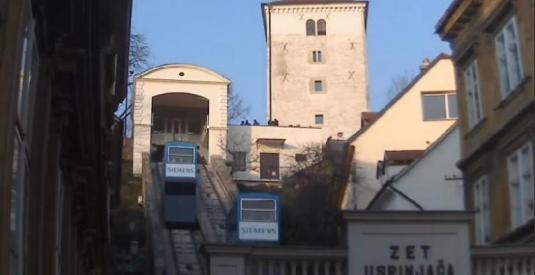 he Zagreb Funicular is the funicular in Zagreb operated by ZET, situated in Tomić Street, connecting the Ilica Street (Donji Grad) with Strossmayerovo šetalište (Strossmayer promenade) to the north (Gornji Grad). Its 66-metre (217 ft) track makes it one of the shortest public-transport funiculars in the world The funicular was built in 1890 and has been in operation since April 23, 1893. Initially it had steam engines, which were substituted with electrical in 1934 Having in mind that it kept its original shape, constructional and most of the technical properties, it was given legal protection as a monument of culture.