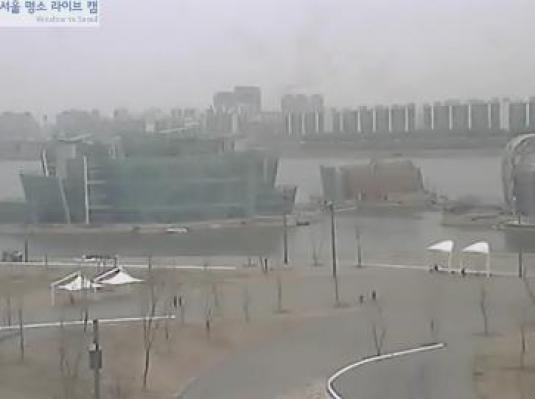 The Banpo Bridge (Korean: 반포대교; Hanja: 盤浦大橋) is a major bridge in downtown Seoul over the Han River, South Korea, connecting the Seocho and Yongsan districts. The Banpo Bridge is on top of Jamsu Bridge, forming a "double deck" bridge  The Moonlight Rainbow Fountain (Korean: 달빛무지개 분수) is the world’s longest bridge fountain that set a Guinness World Record with nearly 10,000 LED nozzles that run along both sides that is 1,140m long or is it, shooting out 190 tons of water per minute. Installed in September 2009 on the Banpo Bridge,