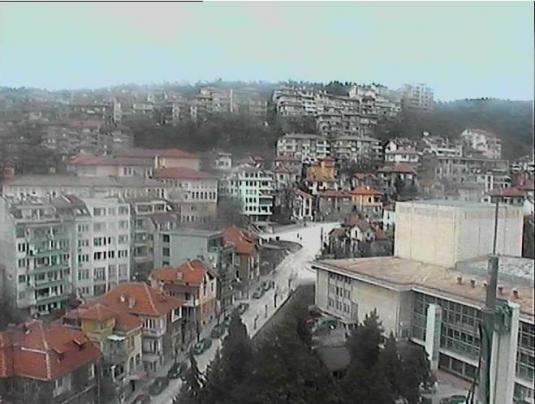 Veliko Tarnovo is a city in north central Bulgaria and the administrative centre of Veliko Tarnovo Province. Often referred to as the "City of the Tsars", Veliko Tarnovo is located on the Yantra River and is famous as the historical capital of the Second Bulgarian Empire, attracting many tourists with its unique architecture. The old city is situated on three hills, Tsarevets, Trapezitsa and Sveta Gora raising amidst the meanders of the Yantra