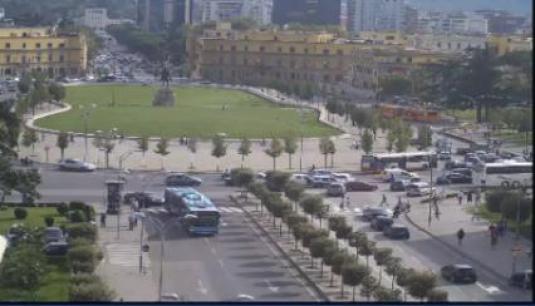 Tirana regional Gheg Albanian: Tirona) is the capital and largest city of Albania.

Tirana became Albania’s capital city in 1920  The Municipality of Tirana is located at (41.33°N, 19.82°E) in Tirana County, about 32 kilometers (20 mi) inland. Tirana’s average altitude is 110 meters (360 ft) above sea level  Tirana city is mostly surrounded by hills, with Dajti Mountain on the east and a slight valley opening on the north-west overlooking the Adriatic Sea in the distance. The Tiranë river runs through the city, as does the Lanë stream.