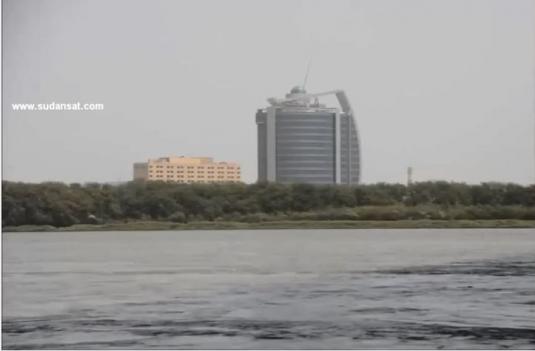 Khartoum is the capital and second largest city of Sudan and the state of Khartoum. It is located at the confluence of the White Nile, flowing north from Lake Victoria, and the Blue Nile, flowing west from Ethiopia. The location where the two Niles meet is known as "al-Mogran" (المقرن the confluence). The main Nile continues to flow north towards Egypt and the Mediterranean Sea.

Sudan (Arabic: السودان‎‎ as-Sūdān, also known as North Sudan since South Sudan‘s independence and officially the Republic of the Sudan (Arabic: جمهورية السودان‎‎ Jumhūriyyat as-Sūdān), is a country in Northern Africa. It is bordered by Egypt to the north, the Red Sea, Eritrea, and Ethiopia to the east, South Sudan to the south, the Central African Republic to the southwest, Chad to the west and Libya to the northwest. It is the third largest country in Africa.