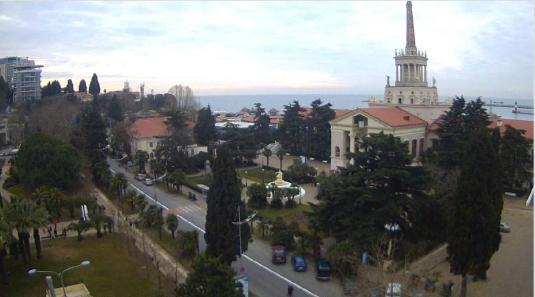 Sochi (Russian: Со́чи, IPA: [ˈsot͡ɕɪ]) is a city in Krasnodar Krai, Russia, located on the Black Sea coast near the border between Georgia/Abkhazia and Russia. The administrative area (urban okrug) or Greater Sochi, with a total area of 3,526 square kilometres (1,361 sq mi), sprawls for 145 kilometers (90 mi) along the shores of the Black Sea near the Caucasus Mountains

Sochi will host the XXII Olympic Winter Games and XI Paralympic Winter Games in 2014, as well as the Russian Formula 1 Grand Prix from 2014 until at least 2020 subject to the circuit being ready in time   It is also one of the host cities for the 2018 FIFA World Cup.