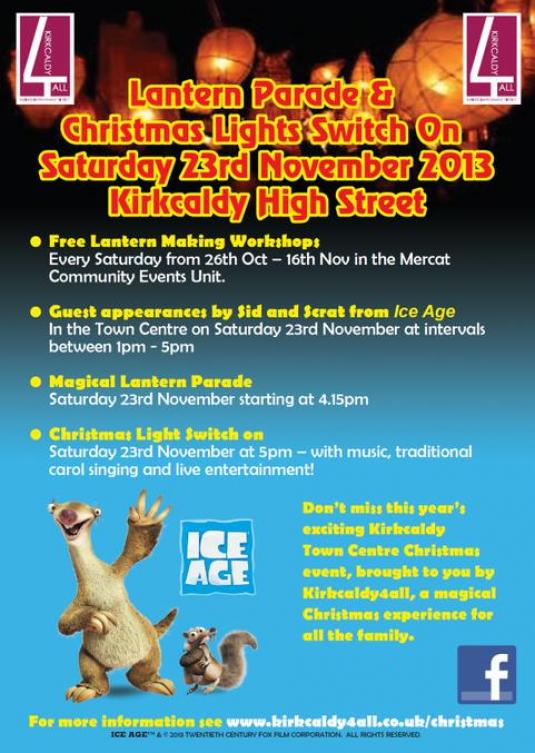 Adam Smith Theatre Pantomine Dame – Billy Mack – Dame Coral Reef in the Adam Smith Theatre Pantomine production of "The Little Mermaid", will be the MC for the event with a visit from Mr and Mrs Santa too! The Lights will be switched on by a local child who took part in the lantern making workshops. Over 200 lanterns were made in the workshops with each child that took part securing a place in the prize draw to win the honour of switching on Kirkcaldy’s 2013 Christmas lights.