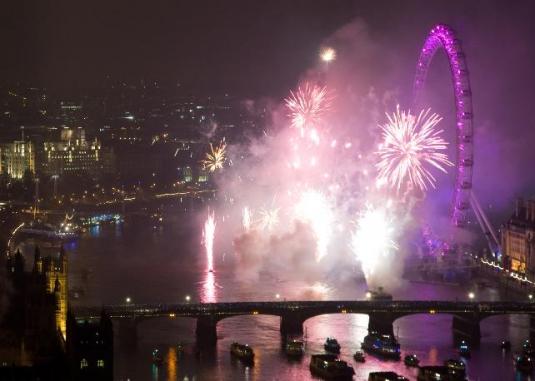 Enjoy viewing the 2013 New Year London Party Celebrations by watching this live streaming River Thames web cam on your mobile phone or computer.  Watch LIVE the London 2013 Fireworks Display around the London Eye and the South Bank area on the River Thames

The annual London New Year’s Eve Fireworks display, launched from the foot of the London Eye and from rafts on the Thames, is visible from most of central London: the basic rule is that if you can see the London Eye, you’ll be able to see the show. They cram enough firepower for an hour-long display into ten explosive minutes, lighting up the sky for miles around.