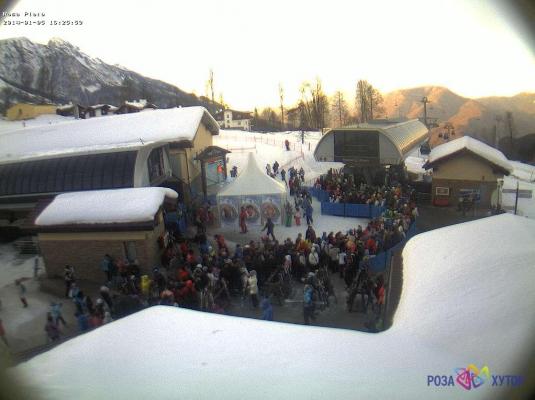 The Rosa Khutor Alpine Resort (Russian: Роза Хутор) is an alpine ski resort in southwestern Russia in the Western Caucasus, located at Aibiga Ridge along the Rosa Khutor plateau near Krasnaya Polyana. Constructed from 2003 to 2011, it is scheduled to host the alpine skiing events for the upcoming 2014 Winter Olympics and Paralympics, based in nearby Sochi. The resort is 40 km (25 mi) from the Black Sea at Sochi; the majority of the slopes at Rosa Khutor face northeast, with the backside slopes facing southwest