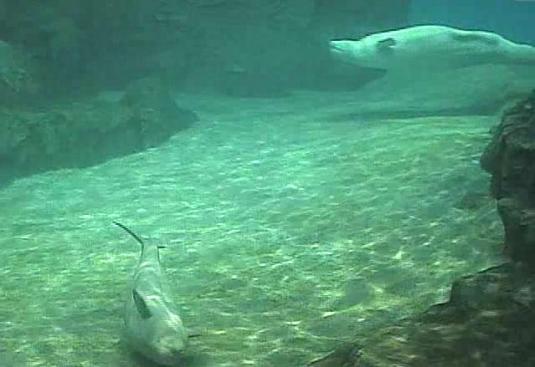 Plans made for January/February 2011 for the aquarium to receive two killer whales, a male and a female, Bingo and Stella, on five-year loan from Kamogawa Seaworld in Chiba Prefecture. The two adult killer whales arrived on December 16, 2011 by ship from Kamogawa Sea World. Their daughter, Ran 2, arrived by truck the day before, on December 15, 2011. On November 13, 2012, Stella gave birth to a female calf, Rin.