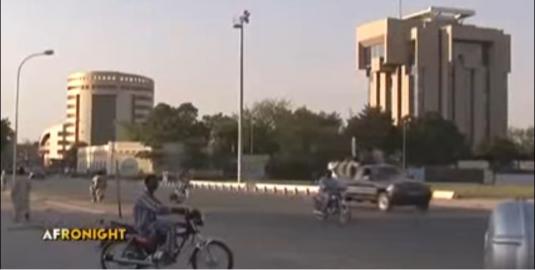 Chad officially the Republic of Chad (Arabic: جمهورية تشاد‎‎ Jumhūrīyat Tshād; French: République du Tchad), is a landlocked country in Central Africa. It is bordered by Libya to the north, Sudan to the east, the Central African Republic to the south, Cameroon and Nigeria to the southwest and Niger to the west. It is the fifth largest country in Africa in terms of area.

N’Djamena is the capital and largest city of Chad. A port on the Chari River, near the confluence with the Logone River, it directly faces the Cameroonian town of Kousséri, to which the city is connected by a bridge