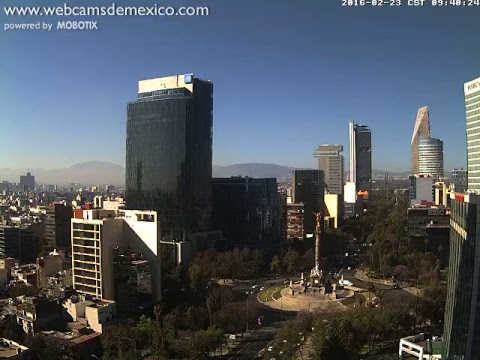 Paseo de la Reforma is a wide avenue that runs diagonally across the heart of Mexico City  The Paseo de la Reforma is now home to many of Mexico’s tallest buildings such as the Torre Mayor and others in the Zona Rosa. More modern extensions continue the avenue at an angle to the old Paseo. To the northeast it continues toward Tlatelolco, where it changes its name near the Plaza de las Tres Cutulras. There it divides into Calzada de Guadalupe and Calzada de los Misterios that continue toward La Villa. Its western portion going west from Chapultepec Park passes south of Polancoon its way through the affluent neighborhood of Lomas de Chapultepec and then into Cuajimalpa and Santa Fe on the outskirts of the city, although when it reaches this point it is more a highway than a promenade.