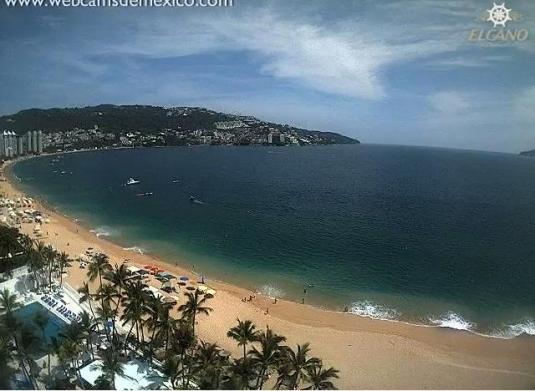 Acapulco de Juárez  commonly called Acapulco, is a city, municipality and major seaport in the state of Guerrero on the Pacific coast of Mexico, 380 kilometres (240 mi) south of Mexico City. Acapulco is located on a deep, semicircular bay and has been a port since the early colonial period of Mexico’s history. It is a port of call for shipping and cruise lines running between Panama and San Francisco, California, United States. The city of Acapulco is the largest in the state, far larger than the state capital Chilpancingo. Acapulco is also Mexico’s largest beach and balneario resort city.