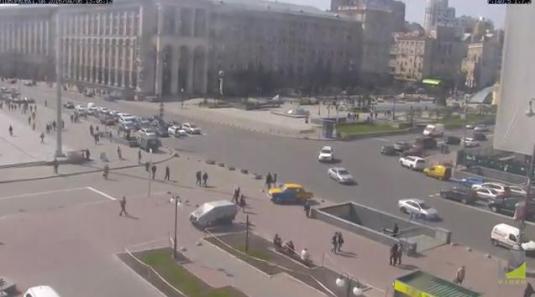 Maidan Nezalezhnosti (Ukrainian: Майдан Незалежності [maɪ̯dˈan nezal’ɛʒnosci], literally: Independence Square) is the central square of Kiev, the capital city of Ukraine. One of the city’s main squares, it is located onKhreshchatyk Street in the Shevchenko Raion. The square has been known under many different names, but often it is called simply Maidan ("square").