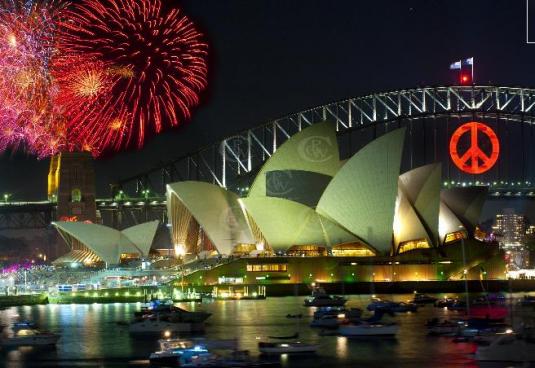 The live Sydney New Year’s Eve special event is an annual multi-tiered event held every New Year’s Eve over Sydney Harbour, centering on the Harbour Bridge. Its main features are the two pyrotechnic displays, the 9pm Family Fireworks and the Midnight Fireworks.

Each year the event takes on a new theme and is regularly viewed by more than one million people at the harbour and one billion worldwide for the televised Midnight Fireworks.