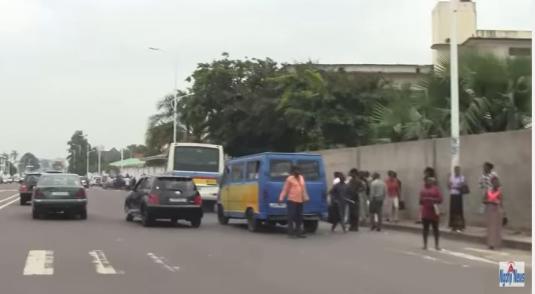 The Democratic Republic of the Congo also known as DR Congo, DRC, DROC, East Congo, Congo-Kinshasa, or simply the Congo] is a country located in Central Africa. From 1971 to 1997 it was named, and is sometimes still called, Zaire, and from 1908 to 1960 it was called the Belgian Congo. The DRC borders the Central African Republic, and South Sudan to the north; Uganda, Rwanda, Burundi and Tanzania to the east; Zambia and Angola to the south; the Republic of the Congo to the west and the Atlantic Ocean to the southwest. It is the second-largest country in Africa by area and eleventh largest in the world

Kinshasa formerly Léopoldville (French: Léopoldville is the capital and the largest city of the Democratic Republic of the Congo. It is on the Congo River.