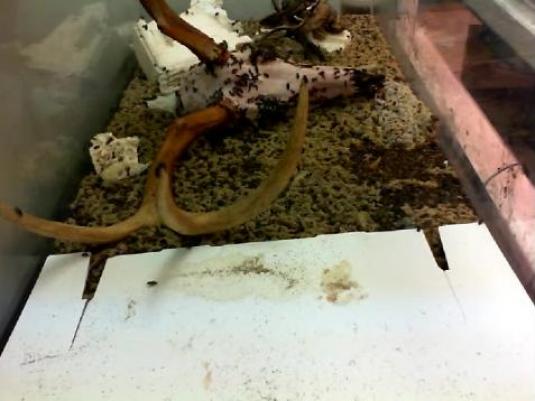 Dermestidae are a family of Coleoptera that are commonly referred to as skin beetles. Other common names include larder beetle, hide or leather beetles, carpet beetles, and khapra beetles.  These beetles are significant in forensic entomology. Some species are known to be associated with decaying carcasses, which helps with criminal investigations. Some species are pests (urban entomology) and can cause extensive damage to natural fibers in homes and businesses.