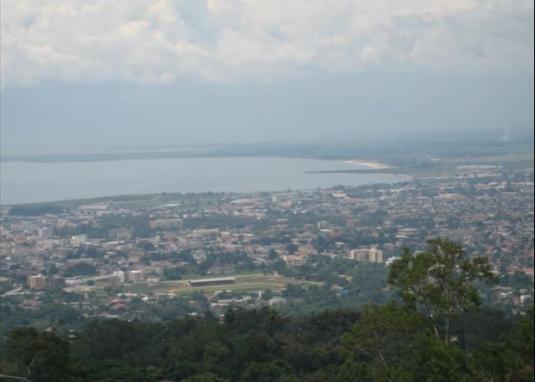 Bujumbura formerly Usumbura, is the capital, largest city, and main port of Burundi. It ships most of the country’s chief export, coffee, as well as cotton and tin ore. It is on the north-eastern shore of Lake Tanganyika, the second deepest lake in the world after Lake Baikal.

Burundi officially the Republic of Burundi is a landlocked country in the African Great Lakes region of East Africa, bordered by Rwanda to the north, Tanzania to the east and south, and the Democratic Republic of the Congo to the west. It is also considered part of Central Africa. Burundi’s capital is Bujumbura. The southwestern border is adjacent to Lake Tanganyika.