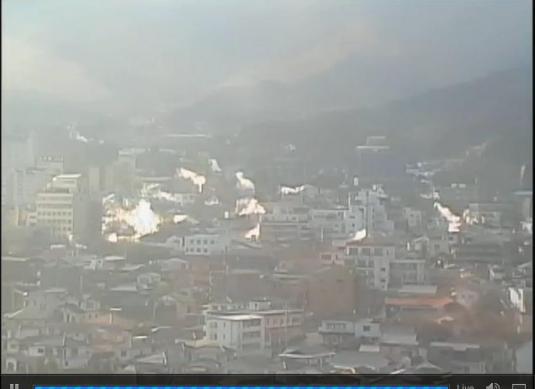 Beppu (別府市 Beppu-shi) is a city located in Ōita Prefecture on the island of Kyushu, Japan, at the west end of Beppu Bay  Beppu is situated between the sea and the mountains. The city was founded on April 1, 1924, and is famous for its onsen (hot springs). It has eight major geothermal hot spots, sometimes referred to as the "eight hells of Beppu". Six of these are located in the Kannawa district, and two in the more remote  Shibaseki district. Beppu is also divided into eight major hot spring areas known as Beppu Hattō (別府八湯).