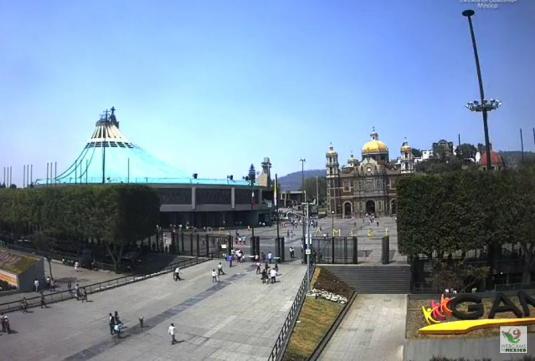 The Basilica of Our Lady of Guadalupe (Spanish: Basílica de Nuestra Señora de Guadalupe) is a Roman Catholic church,basilica and National shrine of Mexico in the north of Mexico City. The shrine was built near the hill of Tepeyac where Our Lady of Guadalupe is believed to have appeared to Saint Juan Diego Cuauhtlatoatzin. This site is also known as La Villa de Guadalupe or, in a more popular sense, simply La Villa, as it has several churches and related buildings.