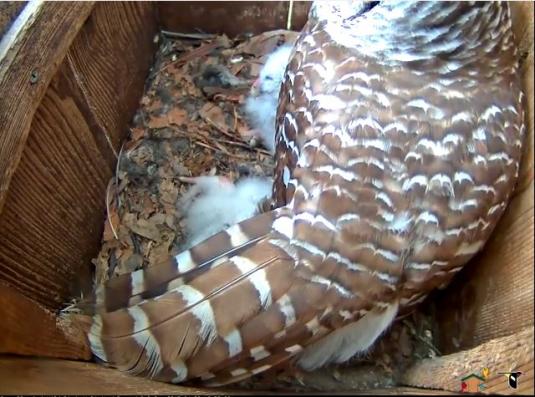 The barred owl (Strix varia) is a typical owl native to eastern North America. Adults are large, and are brown to grey with barring on the chest.  Barred owls have expanded their range to the west coast of the United States, where they are considered invasive. Mature forests are their preferred habitat, but they are also found in open woodland areas. Their diet consists mainly of small mammals, but they are also known to prey upon other small animals such as reptiles and amphibians