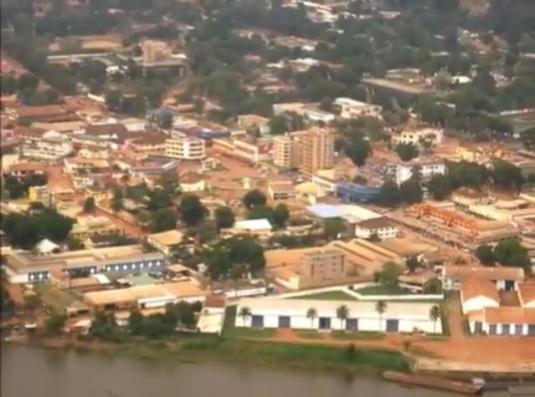 Bangui or Bangî in Sango, formerly written Bangi in English, is the capital and largest city of the Central African Republic.

The Central African Republic (CAR; Sango: Ködörösêse tî Bêafrîka; French: République centrafricaine or Centrafrique is a landlocked country in Central Africa. It is bordered by Chad to the north, Sudan to the northeast, South Sudan to the east, the Democratic Republic of the Congo to the south, the Republic of the Congo to the southwest and Cameroon to the west.