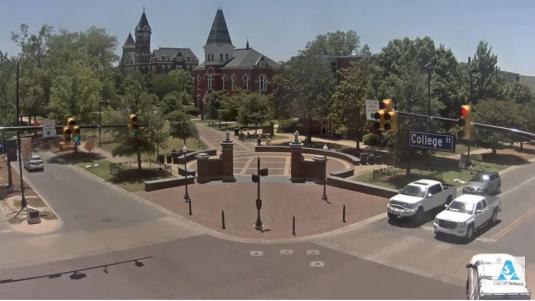 Auburn is a city in Lee County, Alabama, United States. It is the largest city in eastern Alabama with a 2018 population of 65,738. It is a principal city of the Auburn-Opelika Metropolitan Area.  Auburn is a historic college town and is the home of Auburn University. It is Alabama’s fastest-growing metropolitan area and the nineteenth fastest-growing metro area in the United States since 1990