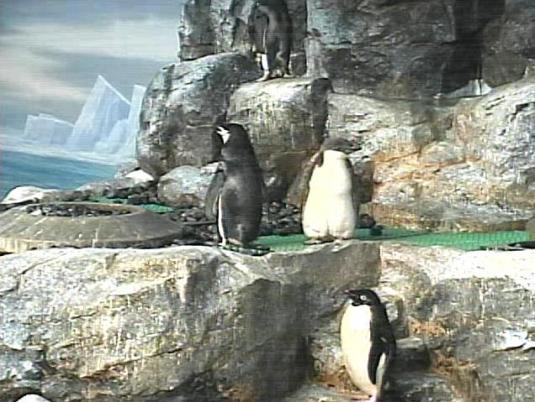 The Nagoya Aquarium has a dioramic display tank for penguins that recreates the meteorological environment of the Antarctic Circle for keeping and exhibiting four species of arctic penguins: Emperor penguins, Gentoo penguins, Chinstrap penguins and Adelie penguins. The Aquarium has gained a worldwide reputation for its success in breeding three of these penguin species (excluding Emperor penguins). Chinstrap and Adelie penguins were here successfully reproduced for the first time in Japan.