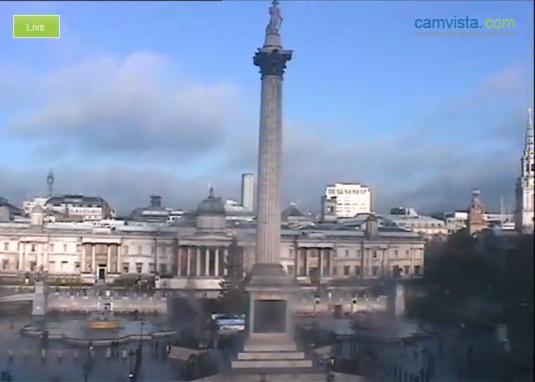 Trafalgar Square is a public space and tourist attraction in central London, built around the area formerly known as Charing Cross. It is in the borough of the City of Westminster. At its centre is Nelson’s Column, which is guarded by four lion statues at its base. There are a number of statues and sculptures in the square, with one plinth displaying changing pieces of contemporary art. The square is also used for political demonstrations and community gatherings, such as the celebration of New Year’s Eve and Christmas Day.