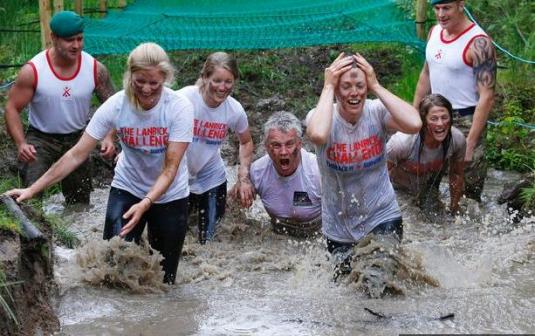 The Lanrick Challenge takes place on Saturday 19th July 2014 at the picturesque 1500 acre Lanrick Estate that shares its name on the outskirts of the Stirlingshire village of Doune.

Not only has it been designed by 45 Commando Royal Marines, based at Arbroath, but competitors also have the chance to take on the elite fighting force at their own game during The Lanrick Challenge

Three teams of Marines will be competing throughout the day, laying down marker times over two courses of six and 12 kilometres for the public to beat.

Entrants will face up to 40 obstacles on the 6K or 12K Assault Courses Challenge, most of which are part of the force’s training, currently subject to a Channel Four documentary Royal Marines Commando School