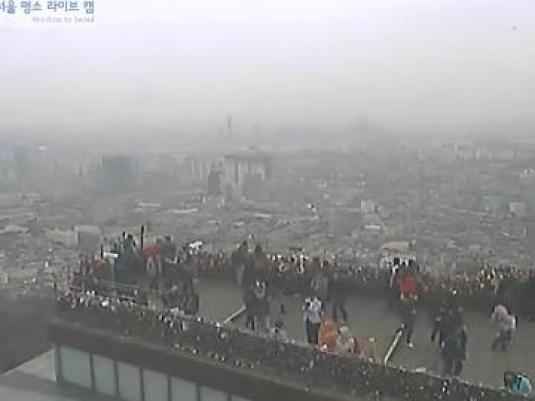 Namsan (lit. "South Mountain") is a 262 metres (860 ft) peak in the Jung-gu district of south central Seoul, South Korea. Although known as Mount Mongmyeok, or 목멱산, in the past, it is now commonly referred to as Namsan. It offers some hiking, recreation and views of downtown Seoul’s skyline. The N Seoul Tower is located on top of Namsan.

The mountain and surrounding area is the Namsan Park, a public park maintained by the city government. It is a popular spot for a panoramic view of Seoul. It is also the location of a smoke signal station called Mongmyeoksan Bongsudae’ (Mongmyeoksan Beacon Tower, Hangul: 목멱산 봉수대), which was part of an emergency communication system during early times until 1985. From 1925 to 1945 the Shinto shrine known as Chōsen Jingū was situated on Namsan