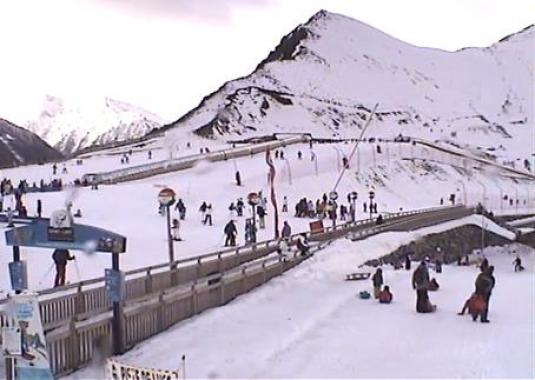 Saint-Lary-Soulan is a commune in the Hautes-Pyrénées department in south-western France.  Saint-Lary-Soulan is one of the largest ski resorts in the French Pyrenees with over 100 km of downhill slopes. There are 53 pistes spread over three linked, and yet distinct sectors. Saint Lary 1700 is known as the Pla d’Adet sector and provides family skiing including snow kindergarten, toboggan run and a ‘Kidpark’, a snowpark aimed at young skiers aged between 6 and 12 years. Saint Lary 1900 is known as the Espiaube sector and is frequented by more experienced skiers. The showpiece ski run is the Mirabelle which descends 700 metres over its 3.6 km (2.2 mi) length