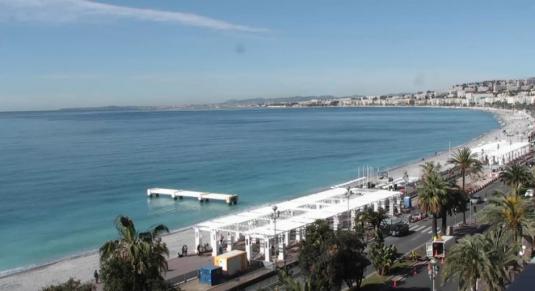 The Promenade des Anglais is a celebrated promenade along the Mediterranean at Nice, France.

Niceis the fifth most populous city in France, after Paris, Marseille, Lyon and Toulouse, and it is the capital of the Alpes Maritimes département.  Nice is located in the Côte d’Azur area on the south east coast of France on the Mediterranean Sea, Nice is the second-largest French city on the Mediterranean coast and the second-largest city in the Provence-Alpes-Côte d’Azur region after Marseille. Nice is about 8 miles (13 km) from the principality of Monaco, and its airport is a gateway to the principality as well.