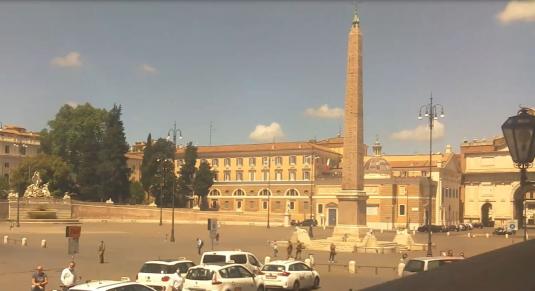 Piazza del Popolo is a large urban square in Rome. The name in modern Italian literally means "People’s Square", but historically it derives from the poplars (populus in Latin, pioppo in Italian) after which the church of Santa Maria del Popolo, in the northeast corner of the piazza, takes its name.

The piazza lies inside the northern gate in the Aurelian Walls, once the Porta Flaminia of ancient Rome, and now called the Porta del Popolo.