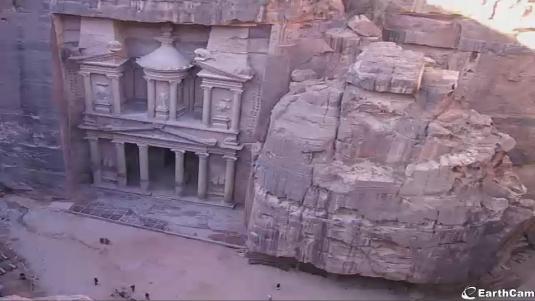 Petra is an Arabian historical and archaeological city in the Jordanian governorate of Ma’an, that is famous for its rock-cut architecture and water conduit system.

Established possibly as early as 312 BC as the capital city of the Nabataeans it is a symbol of Jordan, as well as its most visited tourist attraction. It lies on the slope of Mount Hor in a basin among the mountains which form the eastern flank of Arabah (Wadi Araba), the large valley running from the Dead Sea to the Gulf of Aqaba. Petra has been a UNESCO World Heritage Site since 1985.