Check out this real time live Berlin City web cam overlooking one of Berlin’s most famous historic landmarks – the Oberbaum Bridge on the River Spree.  If you’re planning to visit the German capital city of Berlin then make sure that you visit the Oberbaum double-deck bridge that crossing the… 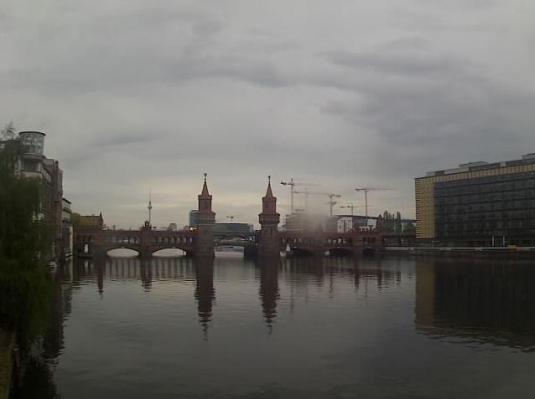 The Oberbaum Bridge (German: Oberbaumbrücke) is a double-deck bridge crossing Berlin’s River Spree, considered one of the city landmarks. It links Friedrichshain and Kreuzberg, former boroughs that were divided by the Berlin Wall, and has become an important symbol of Berlin’s unity.