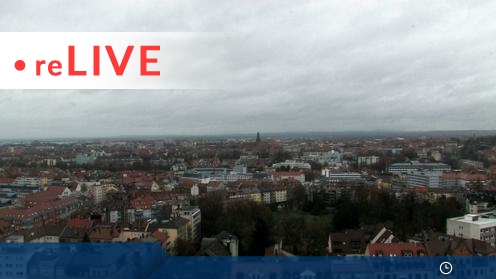 Nuremberg (/ˈnjʊərəmbɜrɡ/; German: Nürnberg is a city on the Pegnitz river and the Rhine–Main–Danube Canal in the German state of Bavaria, in the administrative region of Middle Franconia, about 170 kilometres (110 mi) north of Munich. It is the second-largest city in Bavaria (after Munich), and the largest in Franconia(Franken)