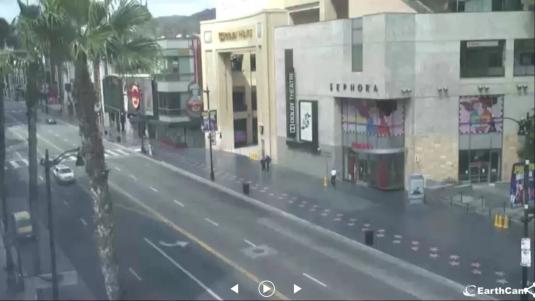 Hollywood Boulevard is a major east–west street in Los Angeles, California. It begins in the west as a winding residential street at Sunset Plaza Drive in the Hollywood Hills West district. After crossing Laurel Canyon Boulevard, it proceeds due east as a major thoroughfare through Hollywood, Little Armenia and Thai Town to Vermont Avenue. It then runs southeast to its eastern terminus at Sunset Boulevard in the Los Feliz district. Parts of the boulevard are popular tourist destinations, primarily the fifteen blocks between La Brea Avenue east to Gower Street where the Hollywood Walk of Fame is primarily located.