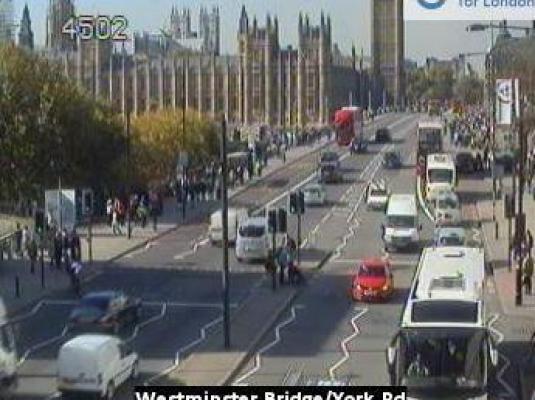 Westminster Bridge is a road and foot traffic bridge over the River Thames in London, linking Westminster on the north side and Lambeth on the south side.