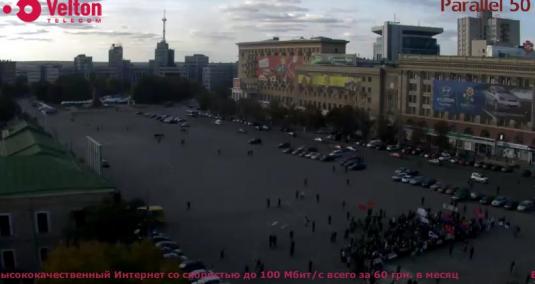 Maidan Nezalezhnosti – Independence Square is the central square of Kiev, the capital city of Ukraine. One of the main city squares, it is located on the Khreschatyk Street. Liberty square was known under many different names but it became prominent as simply as the Maidan due to the political events that took place there in 2004 after the Ukrainian accession to independence