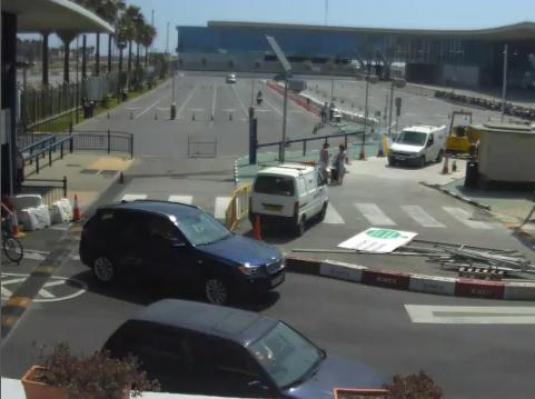 The Gibraltar–Spain border is the international boundary between the British Overseas Territory of Gibraltar and Spain. It is also referred to as Spanish: La frontera de Gibraltar (The frontier of Gibraltar) or simply as The Frontier.

The border runs east-west for a total of 1.2 kilometres (0.75 mi) separating Gibraltar from the neighbouring Spanish municipality of La Línea de la Concepción   Since the United Kingdom is outside the European Union’s Schengen Area, Gibraltar is too and therefore, identity checks are required to cross the border.

Gibraltar is a British Overseas Territory located on the southern end of the Iberian Peninsula at the entrance of the Mediterranean. It has an area of 2.3 square miles (6.0 km2) and a northern border with the Province of Cádiz in Andalusia, Spain. The Rock of Gibraltar is the only landmark of the region.