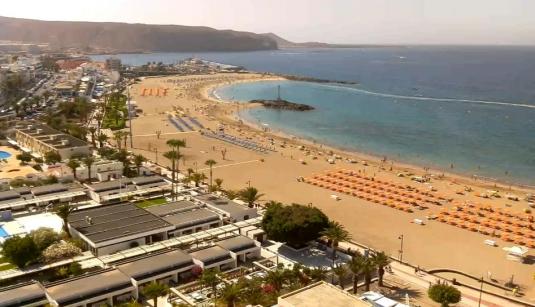 Las Vistas beach
The main beach in Los Cristianos is Playa de los Cristianos, but it is the neighbouring beach, Las Vistas, which is the more popular of the two.

Las Vistas is shaped as a half-circle and is almost one kilometre long. The nice beach has fine-grained, bright sand, which is imported from the desert of Sahara.