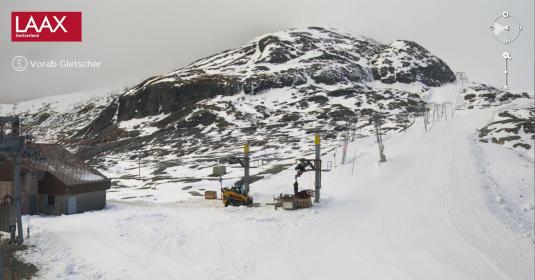 LAAX is part of the The Weisse Arena Gruppe, which combines the formerly separate resorts of Flims, Laax and Falera and uses a two brand strategy to market the destination. This means that the entire winter programme is positioned under brand LAAX, whilst brand Flims stands for the summer programme of Flims Laax Falera  LAAX has 235 km pistes with 5 snow-secure valley runs, 29 facilities, 4 snowparks and the largest half pipe await snowboarders and skiers at LAAX. For the winter 2012/13 season it was extended by two further cableways: Treis Palas-Crap Masegn and Plaun Lavadinas-Fuorcla Sura, which was designed by the Porsche Design Studio. Its seats are heated by solar panels and it can swing the chair 45 degrees against the direction of travel