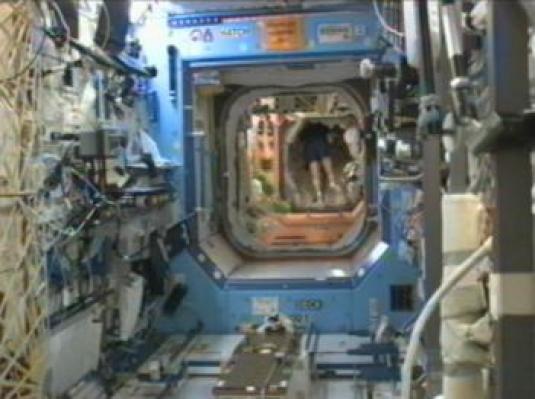 Check out this streaming LIVE NASA International Space Station camera inside the ISS Space Station in the Earth Orbit.  This ISS streaming video webcam also allows web visitors to listen to two-way audio between the crew on the ISS and the Ground Crew at NASA

This ISS streaming video cam is only available when the ISS space station is in contact with the NASA Gound Crew  . During "loss of signal" periods, visitors may see a test pattern or a graphical world map that depicts the station’s location in orbit above the Earth.

Since the ISS Station orbits the Earth once every 90 minutes, it experiences a sunrise or a sunset about every 45 minutes. When the ISS station is in darkness, external camera video may appear black, but can sometimes provide spectacular views of lightning or major city lights below from all over the Globe