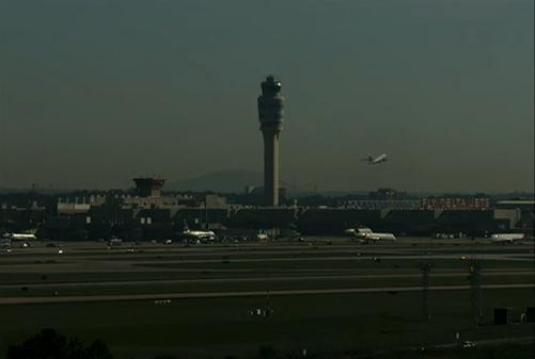 Hartsfield–Jackson Atlanta International Airport (IATA: ATL, ICAO: KATL, FAA LID: ATL), known locally as Atlanta Airport, Hartsfield, or Hartsfield–Jackson, is located seven miles (11 km) south of the central business district of Atlanta, Georgia, United States. It has been the world’s busiest airport by passenger traffic since 1998, and by number of landings and take-offs from 2005 until 2013  Hartsfield–Jackson held its ranking as the world’s busiest airport in 2012, both in passengers and number of flights, by accommodating 95 million passengers (more than 260,000 passengers daily) and 950,119 flights Many of the nearly one million flights are domestic flights from within the United States, where Atlanta serves as a major hub for travel throughout the Southeastern United States. The airport has 207 domestic and international gates