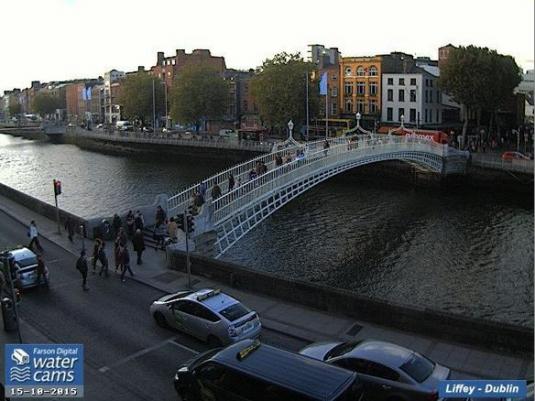 The Ha’penny Bridge (Irish: Droichead na Leathphingine, or Droichead na Life), known later for a time as the Penny Ha’penny Bridge, and officially the Liffey Bridge, is a pedestrian bridge built in 1816 over the River Liffey in Dublin, Ireland  In 2001 the number of pedestrians using the bridge on a daily basis was 27,000 and, given these traffic levels, a structural survey indicated that renovation was required The bridge was closed for repair and renovations during 2001 and was reopened in December 2001, sporting its original white colour