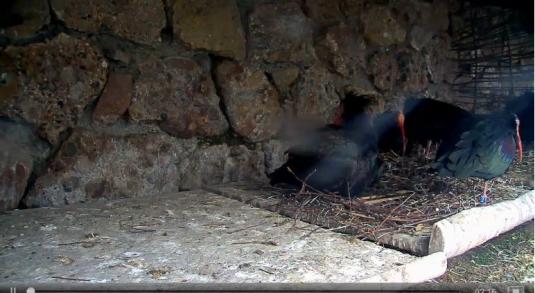 The northern bald ibis, hermit ibis, or waldrapp (Geronticus eremita) is a migratory bird found in barren, semi-desert or rocky habitats, often close to running water. This 70–80 cm (28–31 in) glossy black ibis, which, unlike other members of the ibis family, is non-wading, has an unfeathered red face and head, and a long, curved red bill. It breeds colonially on coastal or mountain cliff ledges, where it typically lays two to three eggs in a stick nest, and feeds on lizards, insects, and other small animals.