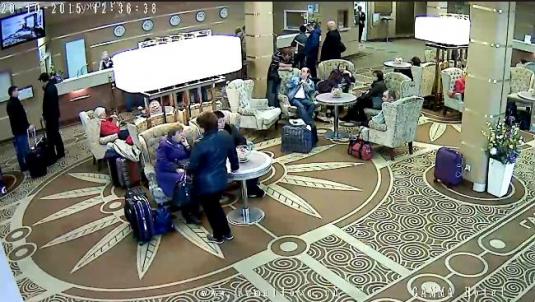 The Izmailovo Hotel is a four-building hotel located near Izmailovo village in the Izmaylovo District of Moscow, Russia. Its 7,000 to 7,500 beds in 5000 rooms made it the world’s largest hotel from 1980, when it surpassed the 3200-room Rossiya Hotel, also in Moscow, until 1993, when the MGM Grand Las Vegas was expanded to 5009 rooms. Currently, it is the world’s fifth-largest hotel.

It was built for the 1980 Summer Olympics, because Moscow lacked enough hotel rooms. It is usually rated a three star hotel (Alfa, Vega and Delta are rated four star hotels) and its four buildings, Alfa, Beta, Vega and Gamma-Delta, are independently managed.