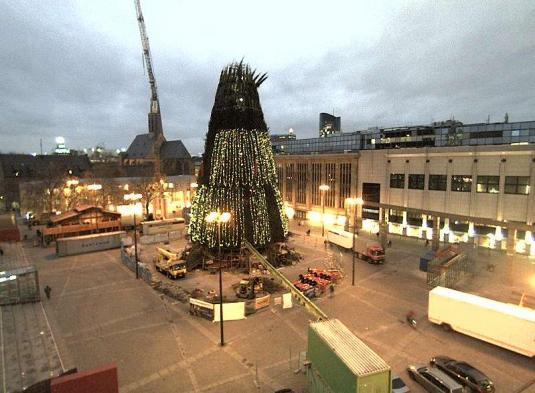 Dortmund can claim one of the biggest Christmas markets in Germany, with over 300 stalls packed around a gigantic Christmas tree creation that stands 45 metres tall – reputed to be the biggest in the world. Made up of 1,700 individual fir trees, its 13,000 lights bathe the Christmas proceedings in a seasonal glow.