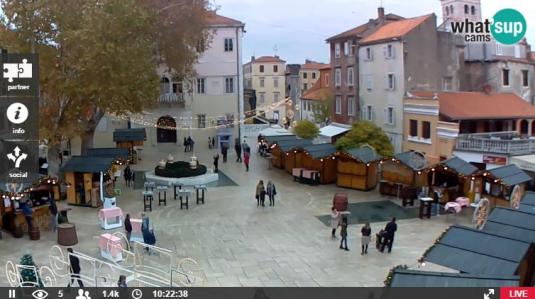 Zadar  is the 5th largest city in Croatia situated on the Adriatic Sea. It is the centre of Zadar County and the wider northern Dalmatian region  Zadar faces the islands of Ugljan and Pašman, from which it is separated by the narrow Zadar Strait. The promontory on which the old city stands used to be separated from the mainland by a deep moat which has since become landfilled. The harbor, to the north-east of the town, is safe and spacious.