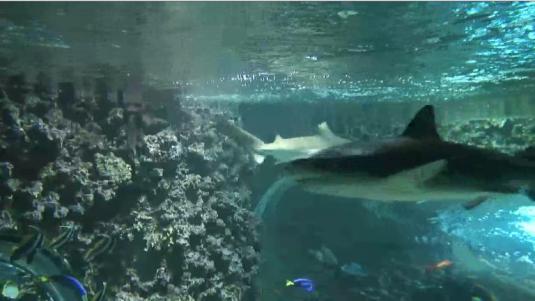 Bergen Aquarium is a public aquarium in Norway. It is situated on the Nordnes peninsula in Bergen and is one of the city’s tourist attractions. When it opened in 27 August 1960, it was considered to be the largest and most modern aquarium in Northern Europe.

The complex houses over 60 tanks of fish, marine invertebrates, as well as three outdoor ponds with seals, penguins and cyprinids and a tropical branch with reptiles and monkeys.