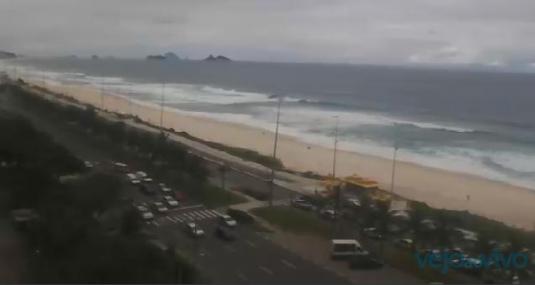 Barra da Tijuca (Brazilian Portuguese: [ˈbaʀɐ dɐ tiˈʒukɐ]) (mostly referenced as Barra) is a famous borough in the West Zone of Rio de Janeiro, Brazil, located southwest of the city on the Atlantic Ocean. Barra is well known for its beaches

The 18 km long Barra beach is the largest Rio de Janeiro’s beach. Barra’s beach starts at Morro do Joá and ends at the Recreio dos Bandeirantes neighborhood, in Pontal de Sernambetiba, beyond Avenida Lúcio Costa. Most of its waters are clear and green, and have an uncommon wave formation. Barra da Tijuca beach is one of the most sought after beaches by surfers, windsurfers, bodyboarders, kitesurfers and fishing enthusiasts. There is also a cycling lane along the beach.